We Keep This Alive for the Archives... 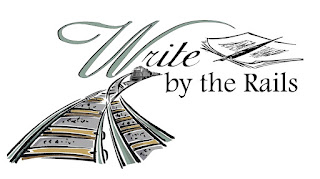 Call it sentimental, but we're keeping this site alive, in spite of it not being the official site. Actually, we recently discovered it had been live the whole time we've had our main site. And even though we've got a new site now...well, there's value to revisiting your roots. So here we are. But if you're looking for Write by the Rails as it is now, please visit www.WbtR.org.
Posted by Write by the Rails at 9:19 AM 1 comment:

PEOPLE WHO NEED TO DIE serves up delightful vengeance

Washington, D.C. (October 8, 2014): Award-winning filmmaker Victor Rook gives us a rare glimpse into his wonderfully diabolical mind with this collection of satirical horror story shorts. In People Who Need To Die the year is 2021, and people are fed up. The World Order Alliance allows "selective" homicides to reestablish a more peaceful society. A few of the targets: Bad Drivers, Distracted Cell Phone Users, Spammers, Internet Trolls, Litterbugs, Horrible Bosses, Black Friday Shoppers, and more.
The book will be available on Amazon Kindle and Barnes & Noble Nook, as well as paperback, in time for Halloween 2014 and beyond. 200 pp.

Author Bio:
Victor Rook has produced several award-winning films, as well as written and edited several books. His nature film Beyond the Garden Gate aired on PBS for four years and won two Telly awards. Recent books include People Who Need To Die, a collection of satirical horror stories; In Search of Good Times, a story about a man who believes that the TV sitcom families from "All in the Family" and "Good Times" are real; and Musings of a Dysfunctional Life, a humorous and poignant compilation of everyday mid-life musings. All books and videos are available on Amazon.com and victorrook.com.

Posted by Write by the Rails at 4:29 AM No comments:

Fall for the Book Sept 18: Our Own Belinda Miller, Claudia Lefeve, Robert Scott & Zan Hailey will be there!

Write by the Rails is a cosponsor of Fall for the Book, thanks to a $300 grant from the Virginia Writers Club.

On the closing night of the Fall for the Book Festival (Sept. 11-18), Fall for the Book hosts its 2nd annual celebration of fine food, superior drink, and the various stories behind the scenes of every aspect of the food industry from farm to table—and beyond! Cookbook authors, food writers, chefs and chocolatiers, novelists incorporating food into their fiction, and even the newly minted Prince William County Poet Laureates—all will be part of Haute Cuisine at the Hylton, beginning at 6 p.m. at the Hylton Performing Arts Center, George Mason University, 10960 George Mason Circle, Manassas.

The first event of the evening is a 6:15 p.m. food writing workshop with Jason Shriner. Dubbed “Prince William County’s very own pastry chef” by Potomac Local, Shriner is a food blogger, podcaster, instructor, entrepreneur, and volunteer. He began his video baking & pastry blog the Aubergine Chef in 2010 and was quickly recognized by Every Day with Rachael Ray magazine in their Talk with Friends section. In 2011, he propelled from this achievement to offering university standard yet affordable baking classes at the Manassas Park Community Center. From there he evolved his business to include private baking and pastry classes for individuals, businesses, and events where he inspires future bakers and engages audiences of all ages. He was recently recognized as one of Potomac Local’s Forty Under 40 for being an influential person in his industry and a catalyst of community impact. Today Jason continues to teach on a weekly basis and write monthly online articles for Prince William Living.

At 7 p.m., novelist Laura Florand takes the stage to discuss her internationally bestselling and award-winning Amour et Chocolat series, including The Chocolate Thief, The Chocolate Kiss, and more—books in which sexy Parisian chocolatiers woo the women they love with what they love best – romance you can taste. Her books have been translated into seven languages, nominated for RT Reviewers’ Choice Best Book of the Year, received the RT Seal of Excellence and starred reviews from Publishers Weekly and Library Journal, and been recommended by USA Today, NPR, and The Wall Street Journal. Now a lecturer at Duke University, Florand is very dedicated to her research into French chocolate.

At 7:30 p.m., individual stations open for tastings, demonstrations, and discussions by a variety of chefs and food celebrities, including noted cookbook authors Amy Riolo and Joe Yonan. Riolo is an award–winning author, chef, television personality, cuisine and culture expert, and educator whose ninety-second cooking videos “Culture of Cuisine” air on nationally syndicated news shows on 28 different channels across the United States, totaling a reach of over 300 million people; her most recent book, The Mediterranean Diabetes Cookbook, won the 2011 Nautilus Book Award and was named “Best. Diabetes. Cookbook. Ever.” by DiabetesMine.com. Yonan is the two-time James Beard Award-winning Food and Travel editor of The Washington Post and the author of Eat Your Vegetables: Bold Recipes for the Single Cook (Ten Speed Press, 2013), which was named among the best cookbooks of 2013 by The Atlantic, The Boston Globe, and NPR’s “Here and Now.” Other participants in the tastings, demonstrations and discussions include: Robert Kingsbury of Kingsbury Chocolates and Confections, distributed throughout No.Va. and DC;

· Dave Lefeve of The Cock and Bowl in Occoquan, making recipes included in his wife Claudia Lefeve’s novels;

· Jason Shriner of the Aubergine Chef; and

Finally, the recently appointed Prince William County Poet Laureates Robert Scott and Alexandra “Zan” Hailey make a appearance at the event as well, talking about their work and community projects.

As a special preview of the full evening’s program, check out Rick Davis, executive director of the Hylton Performing Arts Center, discussing the program on “Be A Singular Sensation.”

The second annual Haute Cuisine at the Hylton is sponsored by Write by the Rails, the Prince William Chapter of the Virginia Writers Club.

Admission is free and open to the public.

For more information on the complete schedule of Fall for the Book events—taking place Sept. 11-18 at George Mason University and at locations throughout VA, DC, and MD—visit www.fallforthebook.org or download the new FftB app, keeping the entire festival right at your fingertips.
Posted by Write by the Rails at 9:38 AM 3 comments: 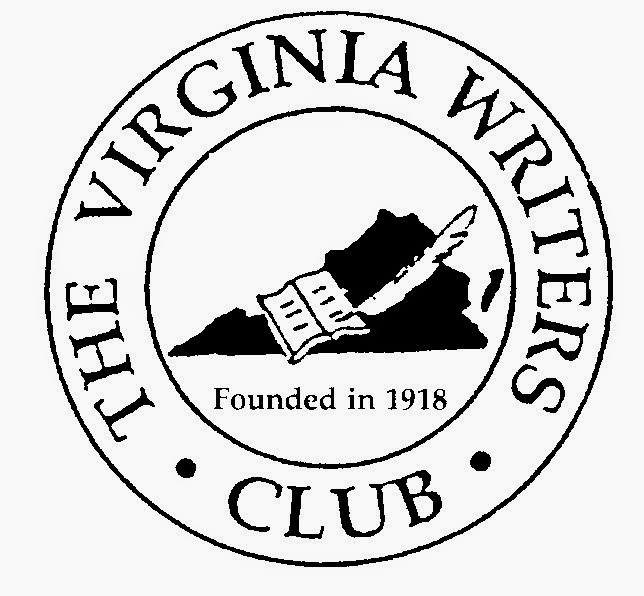 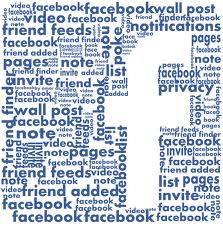 Write by the Rails
Write by the Rails, the Prince William Chapter of the Virginia Writers Club, aims to raise the profile of the local literary community and explore ways we can nurture, cultivate and help that community grow. If you are a writer (published or unpublished) affiliated with Manassas, Manassas Park or Prince William County, consider joining by emailing us at writebytherails@gmail.com.